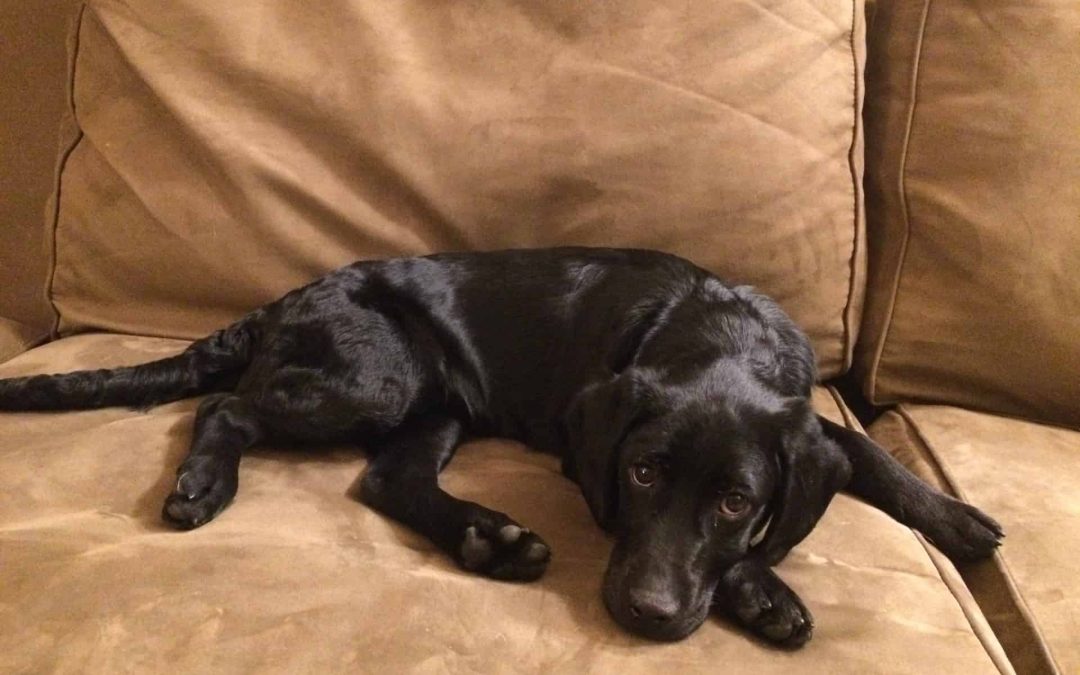 We are so surprised and happy to announce the addition of Cooper to the Natural Paws Pack! Cooper is a sweet young gentleman we met at a Stealing Hearts Rescue adoption event last Saturday, January 30. Well, suffice it to say that we all just fell in love the moment we laid eyes on him.

Lilly the Mutt was cautiously optimistic as the two exchanged butt-sniffs, but as soon as we all finally got home and had a chance to wet our whistles & check out the territory, the wrestling match began! We tried to keep the two relatively calm, considering Cooper (formerly known as Rhett) was still pretty fresh off his neuter, but he looks to be healing well, and he really likes to wrestle! We’ll talk about what breeds we think he might be in another post, and maybe another contest so you can all play along!

In the very short time we’ve had him, Cooper has already come with his share of lessons to teach us. After all, we’ve been a single-dog family for…well, forever! And we’ve never had a male dog before. And while he’s the sweetest, cuddliest, most playful little guy we could’ve hoped for, he was certainly homeless for the start of his short time in this world. Which means (for him) diarrhea, food aggression, and the dreaded attempts to eat his own feces.

So we’re doing what any loving family dealing with such changes will do, we’re using positive reinforcement for the food aggression and other trainable pieces, and getting his diet and supplements up to speed for the dairrhea and feces-eating attempts. And lots and lots of love, praise, and cuddle time, so that he knows that whatever he experienced in life leading up to now, that’s all in the past never to be endured again.

ps – Cooper LOVES the neighborhood dogs. He’s in for a fun life!